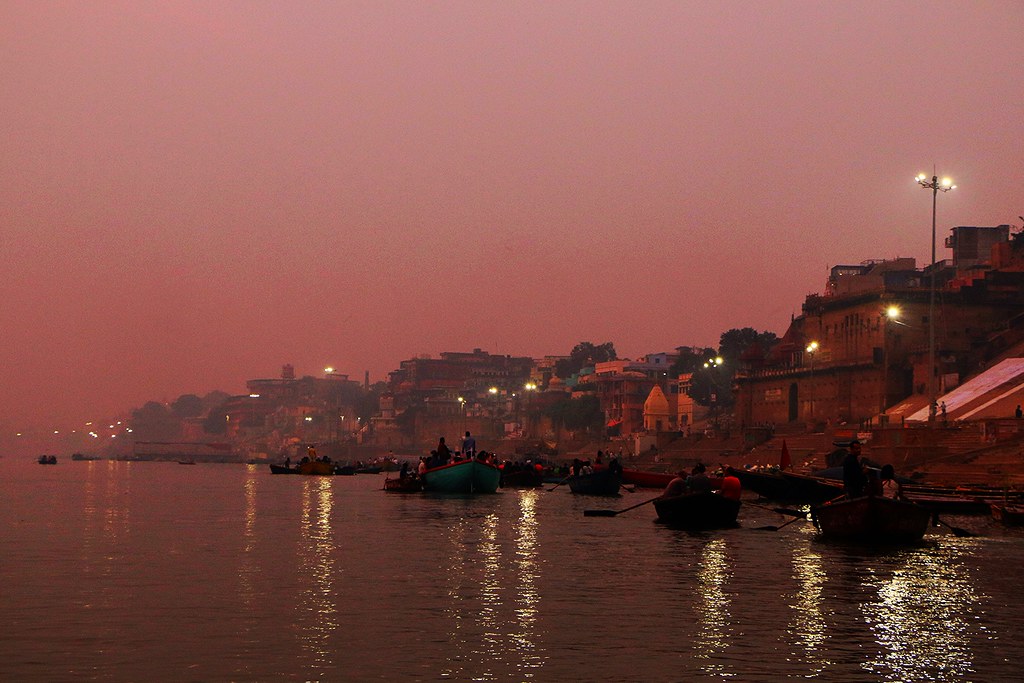 “I had nothing to offer anybody except my own confusion”

My elder sister, who has been living in Denmark for four years, called me at Christmas.

It was natural Christmas to be discussed. she told that most shops in Denmark remain closed. Many people like to celebrate this festival with their family.

Suddenly there was talk about Christmas and New Year celebration of Varanasi and she said that she is missing Christmas of Varanasi. It was a matter of great surprise to me that Christmas is a completely Christian festival and the New Year concept has also come completely from the western countries, then to miss Varanasi.

After thinking for a while, I completely allowed my brain to bomb the books.

If the national food of England can be chicken tikka, a big discovery in England may be tea time (tea is a completely popular drink in Asia) Christmas tree is selling in the whole market made in China, then Varanasi Christmas is also unique It is possible.

It is natural to remember O Henry‘s story on Christmas and New Year, but I am not talking here about O Henry’s “The gift of the Magi”. I am talking about another of his stories, “A Cosmopolitan in Cafe”.

“Is it fair to judge a man by his post office address”.?

“Let a Man be a man and Don’t Handicap Him with the Label of Any Section”.

Charles Dickens‘s immortal A Christmas carol is a document of social changes and changes in people’s lifestyles in England.

Similarly, in a famous book”Banaras(varanasi) City of Light” written by Diana l. eck on Varanasi, Diana says that changes are very slow in Varanasi.

But there are changes, change is a returning rule of nature.

Varanasi is the oldest living city in the world, it is also known for its liveliness and fun. If it had completely rejected the change, it probably would not even exist today.

“Benares is older than history, older than tradition, older even than  legend and looks twice as old as all of them put together “

“I think Banaras is one of the most wonderful places I have ever seen. It it has struck me that a westerner feels in Banaras very much as an oriental must feel while he is planted down in the middle of London”.

“The city illumines the truth and reveals reality. It does not bring new wonders into the scope of vision, but enables one to see what is already there. where this eternal light intersects the earth, it is known as kashi”(Varanasi).

Seven days a week and nine festivals have been the hallmark of Kashi. (Kashi older name of Varanasi).

The city is full of festivals. People from other cities should not make fun of Varanasi people by calling them as doodles, so festivals were given religious form here. Due to economic and social conditions, many changes are taking place, but the love with which holidays and festivals are celebrated in Varanasi is not anywhere else in India.

Varanasi has the same place among the Hindus as the, Mecca among Muslims and Kyoto in Japan.

The common culture, language, way of life and many kinds of civilizations that have been talked about in the universal civilization written by VS NAIPAUL and a new evolving shared culture of this type is also Can not be ruled out. And this change in Clash of Civilization and remaking of world order (Samual . p Huntington)has also given the name of  Davos culture that the truth cannot be ruled out.

The Christmas fair in Varanasi is mostly held in the church. The most famous of these is the fair of St. Mary School. The centenary crowd attending this fair is Hindu, who does not know the religious significance of Christmas but understands the birthday of Christ well (Krishna’s birthday is also celebrated as Krishna Janmashtami and Krishna  the famous Hindu god  There is a lot of similarity in the childhood days of Christ.) Many Hindu traditions can be seen in Varanasi even in the new year.

There is a lot of crowd in temples to seek the blessings of God on New Year’s Day.

Many Hindus like New Year and Christmas too because there is no restriction on eating non-veg. In general, non-veg eating is completely prohibited in Hindu festivals. The old generation has not forgotten the impact of non-violence on Hinduism by  Buddhism and Jainism even in this new year, because of this reason eggs are not used in cakes and pastries. (Buddha gave his first sermon in Varanasi itself and the famous Mahavira Swami of Jainism was from Varanasi)

All this is going to make Christmas and New Year complicated for a foreigner, but it is not a problem for a person living in Varanasi.

It does not seem to be a problem even for some Americans and Europeans who have been running Good hope  Bakery in my neighborhood and have been living in Varanasi for twenty years.

Two or three years ago, on the christmas , they were distributing cakes in the society, asking  “andey  wala bina andey wala” (egg or without egg cake)